Hacker and occasional adventurer, creator of Create.js and NoFlo
@bergie 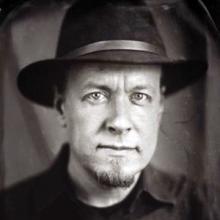 Henri is an open source content management pioneer. He is the author of the Create.js web editing interface and the NoFlo flow-based programming environment that powers The Grid, an AI that builds your website based on its content.

Henri Bergius has been living in both Helsinki and Istanbul, working with web technologies since early '90s. His background is in Midgard, a PHP content management system, and he has authored JavaScript tools and libraries, including the VIE editing toolkit and NoFlo, a flow-based programming environment.

More recently Henri has focused his development efforts on Node.js, most of that written in CoffeeScript. This has included many code examples, but more importantly several full-scale web applications, like the project controlling tool written for European Commission-funded research projects and a crisis simulation system for the defense forces of a small country in northern Europe.

He is a member of the Finnish team of Free Software Foundation Europe, and an invited expert in W3C's RDF Web Applications working group. He speaks at several conferences each year on free software and web technologies.

Read more about Henri on his personal blog and in our article Speaker in the Spotlight.

Talk "Websites Designed by Artificial Intelligence" given at Lift16: