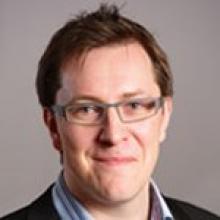 Fred Destin is a venture capitalist and one of the partners at Atlas Venture where he focuses primairly on early-stage investments in disruptive consumer-facing innovation.

He sits on the boards of Seatwave, DailyMotion, Zoopla, PriceMinister and KDS. He previously co-ran OM Technology Investments where he served on the board of numerous companies including SGI-spinoff Kasenna, Xerox-PARC spinoff Inxight Software (acquired by BOBJ), CapitalIQ (acquired by S&P) and Rainfinity (acquired by EMC).

Fred is also a regulator contributor to Seedcamp which Atlas has been supporting since the outset, and one of the board members of Seedcamp.

You can follow Fred at www.freddestin.com where he attempts to bring more transparency to the murky world of venture funding.