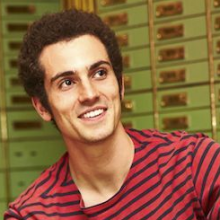 Last fall, historian and activist Che Wagner and friends dumped a truckload of eight million coins outside the Parliament in Bern, one for every Swiss citizen. Along with the coins, activists delivered 125’000 signatures, enough to trigger a public referendum on an audacious social policy: providing a guaranteed monthly income to every citizen, no strings attached. Every month, every Swiss person would receive a basic income from government, no matter how rich or poor, how hardworking or lazy, how old or young.

As productivity is improved more and more, as machines of all kind do more and more of the work, economic models are being challenged as much as social fabrics, and tensions will raise long before we need to debate "Star Trek economics" of magical abundance.

Still, implementing the concept would inevitably and fundamentally disrupt labour markets, potentially boost social and creative endeavors - and lead to much leaner government. It’s hotly debated all over the world these days, from the New York Times to The Economist, from BBC to Fox News - and the Swiss will vote on it soon - for real.