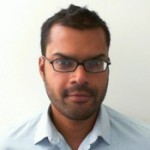 San Francisco and the entire Bay Area are well known as a tech innovation hotbed, for a thriving private sector with all its Googles, Facebooks and so on. But what about the public sector?

What can a city do to leverage such assets, such a culture not only for higher tax revenues, but for the development of the processes, structures and infrastructures of the city as a whole? There must be more than just a hands-off approach?

While in town for the Urban Data Challenge, a three-city open data competition between Zurich, Geneva and San Francisco, we had the pleasure to sit down with Jay Nath, the San Francisco Mayor’s Chief Innovation Officer. Jay has been instrumental in bringing open innovation to the City Hall, first in the Department of Technology as a Director of CRM, making sure 10 million helpline calls a year can be managed efficiently. As handling millions of phone calls is both painful and expensive, Jay successfully opened the "311" system for public requests: first to Twitter, making San Francisco the first large US city to take requests through tweets, then through apps based on an open API that became an international standard very quickly - and saved the city substantial amounts in the process.

The story thus began with a big and hairy problem, and by making bold decisions, supported by a Mayor aware of the strategic potential in bringing together technology innovation and municipal reform. Jay has come a long way since 2006, becoming a role model for public sector innovators to leverage the power of processes far more open than usual.

Bringing civic participation to the 21st century was not the stated goal, and transparency was never an end in itself, but when we look at where the story lead, that was very much a part of it:

In 2009 Jay launched DataSF, the first open data portal of a US city, after only three months of preparation, from idea to a launch with 200 data sets from a wide range of sources: from the Police to Public Works and the Municipal Transportation Agency. Among the apps that have been built on these open data sources are San Francisco Crimespotting, an interactive crime map, EcoFinder, an iPhone app that helps residents recycle, and Routesy, an app that helps people find their way around the Bay Area's transit systems.

Opening things up, pushing for efficiency gains - and change in general - is not child's play even in an innovation hub: Jay repeatedly exposed himself to massive internal criticism and more than once risked his job by moving at a different pace than that of his environment. He survived and thrived as an innovation agent not only thanks to the very clear and outspoken support by the Mayor's Office, but also by telling compelling, easy-to-understand visual stories, bringing in people such as the interactive map makers of Stamen. From the start, he also nurtured a community of early adopters and supporters from outside the public administration.

A recent example for a community initiative is the “DiscoverSF” Hackathon, co-organized with the Grey Area Foundation for the Arts and San Francisco Travel. Citizens were invited to develop tools and products to innovate and improve the residents and tourists experience of San Francisco. The ideas developed are available in a google doc. Jay’s department also joined forces with “Code for America” to launch a Civic Startup Accelerator. The four month program aims to provide startups with the training needed to grow their businesses and dedicated networking opportunities, including personal introductions to government officials.

So, what’s next for Jay and the major’s innovation department? Revolutionizing procurement! The City of San Francisco is participating in the beta of Procure.io, an agile platform to help government put contracts out for bid, review incoming bids, and award the proposals. In Switzerland, where the public sector is having their own set of issues with public IT procurement, some fresh approaches might indeed help as well - like thinking about more open approaches such as what Jay called a “marketplace of problems”: asking for creative solutions instead of pre-defined products, for solutions that work, in whatever form they may come. Bridging the gap between the rigid processes of public procurement and the audacious speed of startups no doubt is a huge challenge, but tackling it promises substantial progress.

Meeting Jay was truly inspiring and motivating. He reminded us how driving innovation and disrupting existing structures costs a lot of energy - even in an innovation hub like San Francisco. We are curious to see how the launch of Switzerland’s first open governmental portal at the upcoming Open Knowledge Conference will push things forward. Meanwhile: let’s make innovation happen!