We just came back from San Francisco, where we announced the winners of the Urban Data Challenge, launched at Lift13. We quickly wanted to share the inspiring results with you:

Just how frustrated are you when your bus is late or overfilled? While one of the winning projects of the Urban Data Challenge, sought to measure this annoyance with a frustration index, the Fusepool prize winner reminds us that using public transport can also be fun and humorous.

The Urban Data Challenge competition took place over two-months between February 6 and March 31 2013, during which participants explored mobility data sets from three cities—San Francisco, Geneva, and Zurich—and were challenged with merging and comparing the urban data to draw meaningful insights through visualization. The Challenge was co-organized by Lift, swissnex San Francisco, GAFFTA and OpenData.ch with the support of the three cities. Over 60 designers, programmers, data scientists, and artists completed the challenge in 21 teams hailing from Zurich, Geneva, San Francisco, Seattle, New York, Paris, and Singapore.

Watch the highlights from the Urban Data Challenge Awards

The results are impressive. Third prizes winners created a visualization that lets you fly over Geneva along the different bus routes in A City’s Heartbeat, examine transit ridership in 3D in the app TranstVis, and race buses through the three cities in Urban Bus Races. These projects won a $300 cash prize each.

The first-place winner, Dots on the Bus, took home the Fusepool prize for app development earning $5,000 to develop their visualization into something truly useful for every day. They won the jury over by bringing humor to the difficult issue of public transport and engaging the ridership. This visualization proves that even though riding transit can sometimes seem intimidating, everybody’s doing it. Pick a route off the map and watch a day in the life of the line. Buses speed by, passengers jump on and off. Some lines are slow, some are hopping, and rush hour is often hilarious.

The Urban Data Challenge proves the power of Open Governmental Data. The collaboration between creatives and representatives from the cities Geneva, Zurich, and San Francisco allowed both sides to exchange and learn from each other. Antoine Stroh, project manager for Transports Publics Genevois (TPG), is amazed with all the work put into the project and the results. The TPG opened up its first data set for the Urban Data Challenge. For Antoine Stroh the results of the challenge seem to point into the right direction. “This is a first step,” he says. “I am sure that we will carry on with open data.”

The same is true for swissnex San Francisco and Lift—this is only the beginning. We are excited to move forward and follow the insights, actions, and implementation of the three cities and work with the City of Geneva on a touring exhibition of the projects. Stay tuned!

For a full list of projects and more on the Urban Data Challenge, visit www.urbandatachallenge.org. 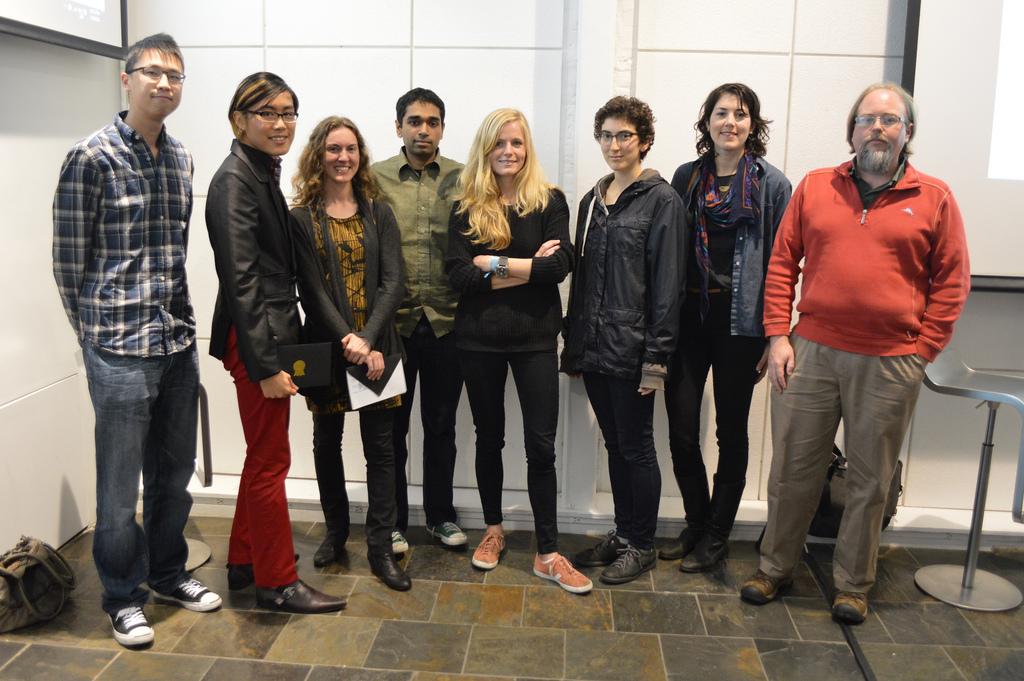 The winners at the Urban Data Challenge Awards

Ps: Did you notice, four of the eight winners on the picture are ladies!