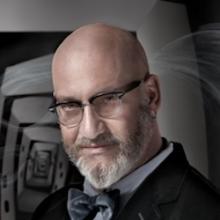 Co-Editor and Managing Partner at Boing Boing, research director at Institute for the Future

David Pescovitz is co-editor/managing partner of Boing Boing and a research director at Institute for the Future, a not-for-profit thinktank in Silicon Valley. For more than two decades, Pescovitz has been at the forefront of tech/culture -- as a journalist, publisher, researcher, and technology futurist. Launched as a print 'zine in 1989 and a blog in 2000, Boing Boing now has more than 5 million monthly readers and publishes a daily mix of short articles, long features, and videos about technology, science, art, culture, and social issues. Fast Company has called it "one of the most popular blogs on the planet" and the New Yorker said that Boing Boing is "read by geeks the world over." As a forecaster, Pescovitz frequently speaks to leaders of Fortune 500 companies about the future of technology and how tomorrow's innovations will transform the way we live.

Pescovitz co-wrote the book Reality Check, based on his long-running futurist column in Wired magazine. He has also written for Scientific American, MAKE, Popular Science, New York Times, Washington Post, IEEE Spectrum, Salon, and New Scientist, among many other publications. In 2002, he won the Foresight Prize in Communication, recognizing excellence in educating the public and research community about nanotechnology and other emerging technologies. His writings on technology and culture are featured in the books What Are You Optimistic About?, The Happy Mutant Handbook, and The 'Zine Reader. Pescovitz holds a Bachelor of Fine Arts in Electronic Media from the University of Cincinnati and a Master's in Journalism from UC Berkeley.