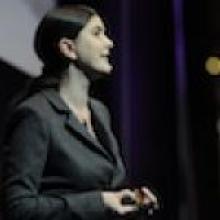 Honor is a curator from New Zealand who has a particular interest in artistic uses of technologies. She is currently director of Lighthouse, a digital culture agency in Brighton, UK. Lighthouse works at the intersection of the art, film and the digital creative industry sectors, producing vibrant, inspirational programmes that show how important artists and filmmakers are in a changing media landscape. Lighthouse shows work in their own venue in Brighton, and works in partnership with galleries, museums, and festivals, nationally and internationally.

Prior to working at Lighthouse, Honor was guest curator of the transmediale festival in Berlin, and from 2004 - 2008, was director of the AV Festival in the North East of England the UK's largest biennial of digital art, film and music. Before that, she was the first curator of webcasting for Tate, where she also curated events and concerts at Tate Modern.

Honor is also slightly obsessed by science. She writes the blog, Particle Decelerator, which collects together news from the worlds of science, art and technology, placing a special emphasis on the collision between the quantum and the cosmological.

Her artistic practice is produced under the name r a d i o q u a l i a together with collaborator, Adam Hyde. One of their main projects is Radio Astronomy, a radio station broadcasting sounds from space.

She has lectured widely including at LIFT in Geneva, TED, the European Space Agency, the Centre Pompidou in Paris, California Institute of the Arts and the American Film Institute.