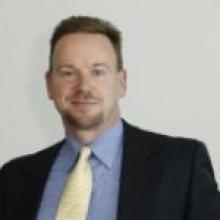 Geoff Mulgan is Chief Executive of NESTA (National Endowment for Science Technology and the Arts). From 2004-2011 he was the first Chief Executive of the Young Foundation, which became a leading centre for social innovation, combining research, creation of new ventures and practical projects.
Between 1997 and 2004 Geoff had various roles in the UK government including director of the Government's Strategy Unit and head of policy in the Prime Minister's office. Before that he was the founder and director of the think-tank Demos. He has also been Chief Adviser to Gordon Brown MP; a lecturer in telecommunications; an investment executive; and a reporter on BBC TV and radio. He is a visiting professor at LSE, UCL, Melbourne University and a regular lecturer at the China Executive Leadership Academy. He is an adviser to many governments around the world, and has been a board member of the Work Foundation, the Health Innovation Council, Political Quarterly and the Design Council, and chair of Involve.

His recent books include The Art of Public Strategy - Mobilising Power and Knowledge for the Public Good (OUP, 2008) , Good and Bad Power: the ideals and betrayals of government (Penguin, 2006) and Connexity (Harvard Business Press and Jonathon Cape, 1998)