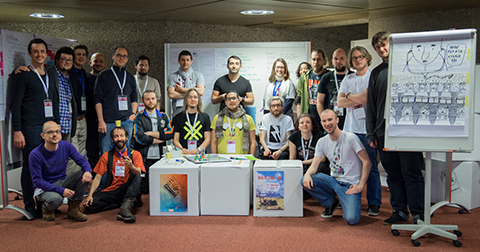 During Lift16, we partnered up with Breathing Games and the Swiss Game Center to launch the Health Game Jam, a co-creation event that added a layer of fun and gamification to cystic fibrosis therapy for children. The goal of the Game Jam was to design exciting and imaginative game levels, imagine low-tech connecting devices for health and build a strong community to continue this project in the long run.

We were delighted to host 30 participants at Lift16, among which game developers, designers, musician as well as members of FGLM, a Geneva based foundation that helps children suffering from cystic fibrosis. The participants worked hard to improve the existing game called « Héritage » and to create two new ones: « Les aventures du Briand » and « Bloïd ». These games are all controlled with the patient's breath, using a special device that was developed in collaboration with children suffering from respiratory diseases.

In this game, the children's mission is to defend the cultures of different countries. For Greece, the character has to catch a thief who seized the Poseidon's trident-range. If they can get it back, they must then find Aphrodite's potion, Zeus' lightning, Gaia's seed bag, Hermes' shows and Athena's wheel. In the end, the god of the sea prepares a festive meal with his trident-range and Aphrodite takes care of the atmosphere. During the trip, children learn various historical facts about Greece. The 'gameplay' is closely linked to the quality of the therapeutic practice. The game avoids stressful situations and does not require more time than regular therapy. 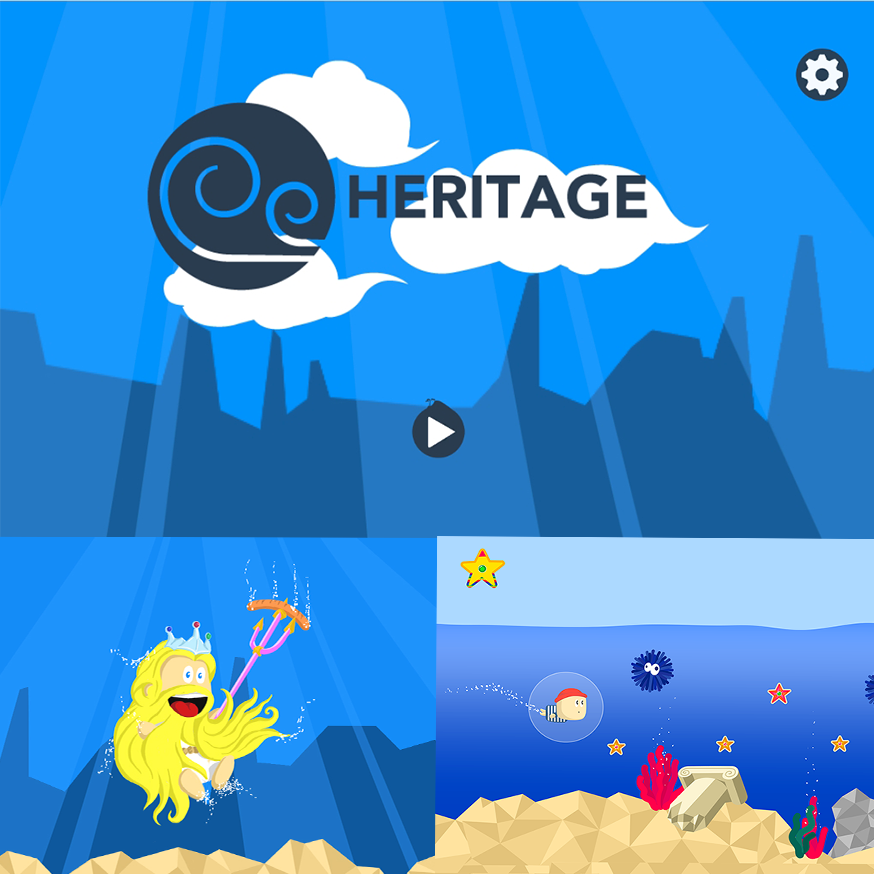 Les aventures du Briand is a narrative arc in which a sailor crosses several challenges such as avoiding icebergs. Expiration allows to move the ship and a keypad is used for additional actions, such as making a leap to the boat. 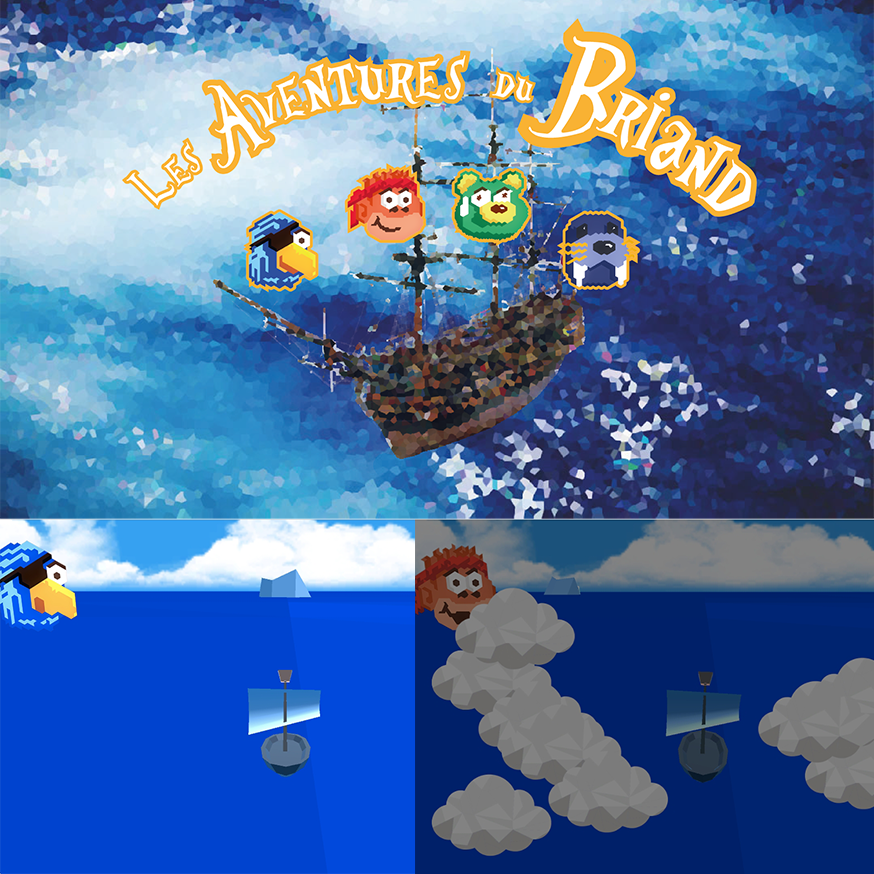 Bloïd is a 2D space conquest game based on screen scrolling. Children run a vessel that is positioned to the left of the screen. The background scrolls from right to left. When the childen breath in, meteorites appear and the laser gets charged. The inspiration time influences the number of meteorites. Upon breathing out, lasers get activated. They must lead their vessels up and down with the keyboard to shoot the meteorites. Unlike other games, Bloïd is not based on a therapeutic pattern to follow, but leaves the children free to breath at their own pace. 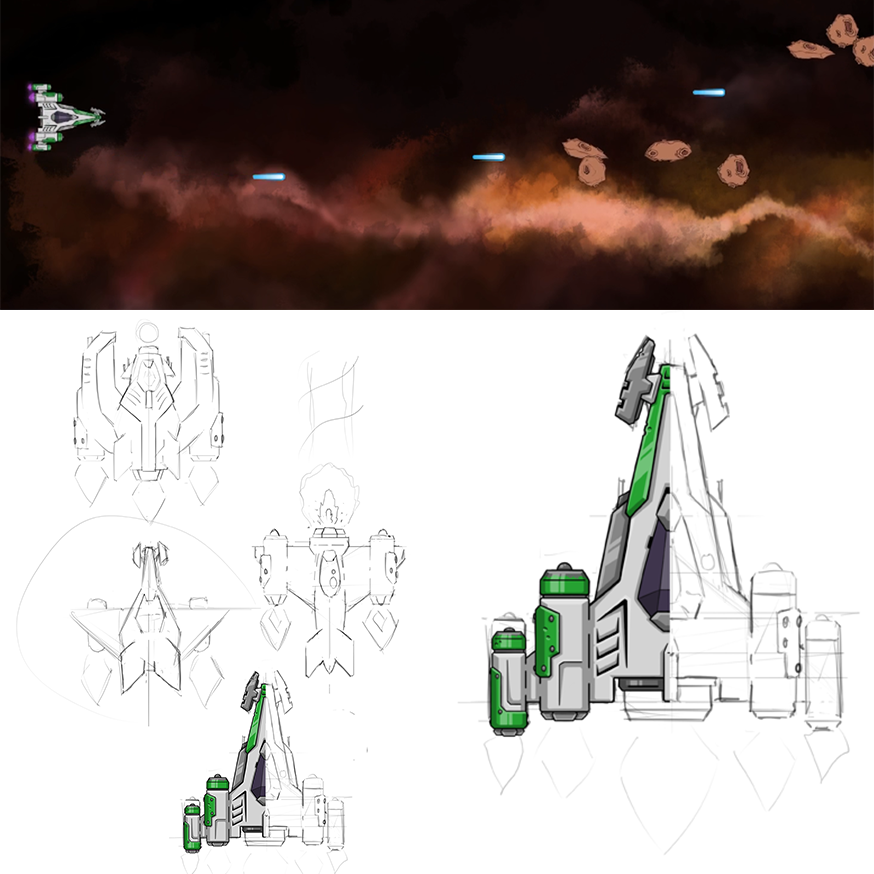 The Game Jam was located directly inside the Prototyping Lab, a space fully dedicated to innovation, which gave them the opportunity to work on their socio-economic model and get feedback from lifters and world renowned experts such as Alex Osterwalder or Greg Bernarda. A dedicated group of people addressed the sustainability of Breathing Games’ business model and value proposition, tackling their upcoming challenges such as creating a crowdfunding campaign or choosing the right legal status to provide this initiative a bright future!

Check out the cool article from Bilan about social innovation and Breathing Games. 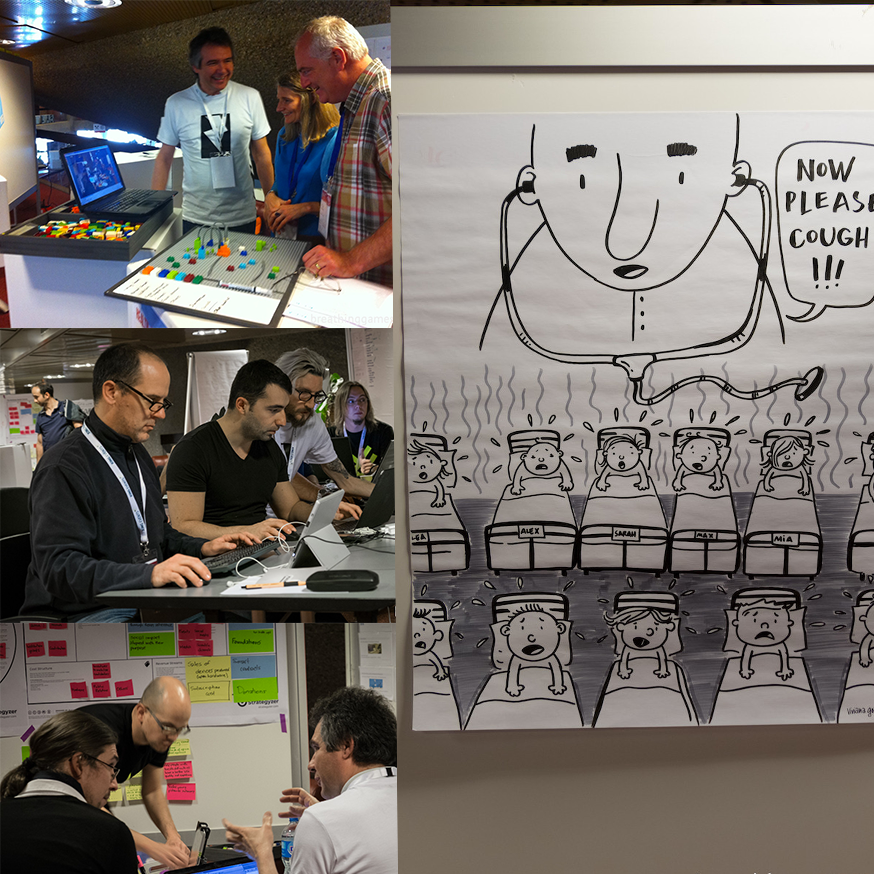