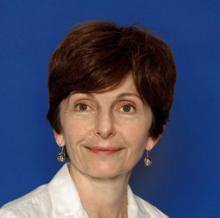 Director of Telecommunications and Integrated Applications at ESA

Magali Vaissiere was appointed Director of Telecommunications and Integrated Applications (D/TIA) in April 2008, and took up duty on 1 June. In addition, she was appointed Head of ECSAT, Harwell, UK, on 1 July 2013.

Mrs Vaissiere was born in 1957. She is a French native and has two daughters. She has an Executive MBA from the Centre de Perfectionnement aux Affaires, a Master of Science in Electrical Engineering from the University of Stanford and a Diplome d'ingénieur de l'Ecole Nationale Supérieure des Télécommunications de Paris.

Mrs Vaissiere has 24 years of experience in industry, dealing firstly with ground-based radars and then with satellites. She says, "The major lesson I learnt with industry is that the market is always moving and its global nature means that changes are coming faster and faster. Competitiveness is an everyday challenge. Moreover, the telecom satellite market is at the crossroads of two different worlds: the space business world is very much driven by institutional policies while the telecom world is global and a place of continuous innovation."

D/TIA reflects the major increase in telecommunication activities in today's world and tomorrow's new perspectives opened by Public Private Parnerships between ESA, industry and operators. It also reflects the growth potential for integrated applications in fields such as security, health, energy and development.

She says: "The Integrated Applications represent a new challenge for TIA and ESA where our objectives in this area are to expand the utilisation of various space assets (telecommunications, navigation, Earth observation, etc.) by possibly new communities of users and involving new players. In this field, a rigorous coordination with internal and external stakeholders will be implemented. At the same time, all potential cooperations will be explored."