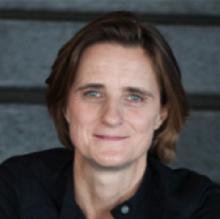 Daphne Bavelier is a Professor in the Faculty of Psychology and Education Sciences at the University of Geneva, Switzerland, and of Brain and Cognitive Sciences at the University of Rochester, NY, USA. She is a biology graduate from the Ecole Normale Superieure de Paris, France, received a PhD in Brain and Cognitive Sciences from the Massachusetts Institute of Technology, Boston, MA and trained in human brain plasticity at the Salk Institute, San Diego CA. Her research combines behavioral and brain imaging approaches to study how humans learn and how the brain adapts to changes in experience, either by nature - for example, deafness - or by training - for example, playing video games.

Recently, her laboratory demonstrated that playing certain types of entertainment video games induces a vast array of improvements that extends well beyond the specifics of video game play. Based on these findings, her lab now utilizes converging methods to identify the factors that underlie brain plasticity and generalization of learning after video game play as well as attempt to harness the knowledge for practical purposes.

Her scientific contributions have been recognized by several awards including a John Merck Scholar Awards, a Collaborative Award by The James S. McDonnell Foundation, and a finalist prize in the Blavatnik Awards for Young Scientists in 2008. Her work has been featured in numerous outlets nationally and internationally, including Le Temps, the New York Times, Le Monde, CNN, RTS, the Washington Post, the Economist, or the BBC.